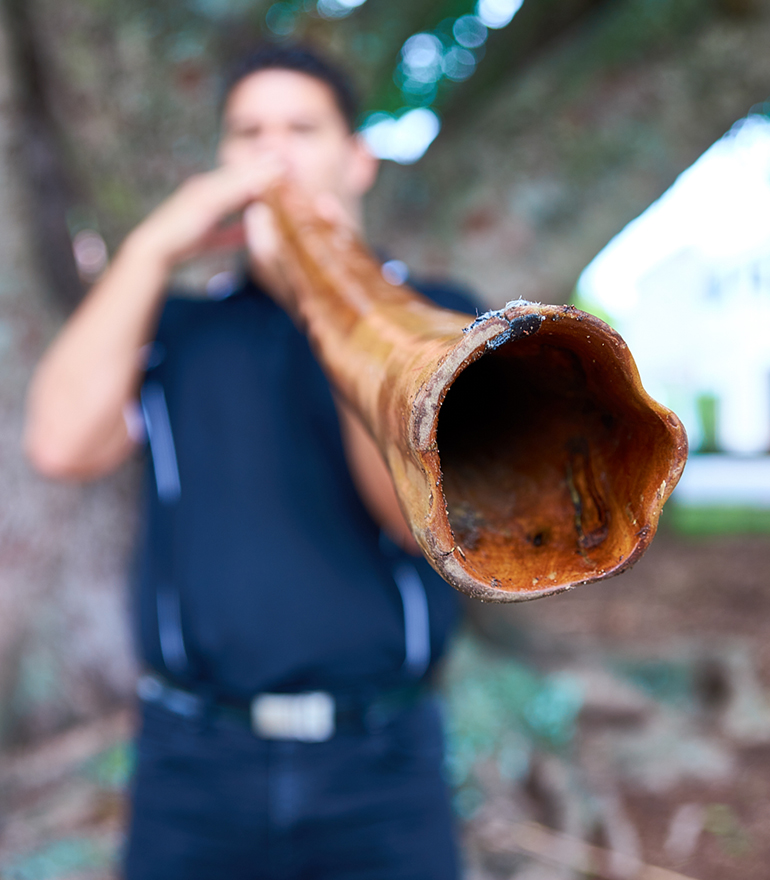 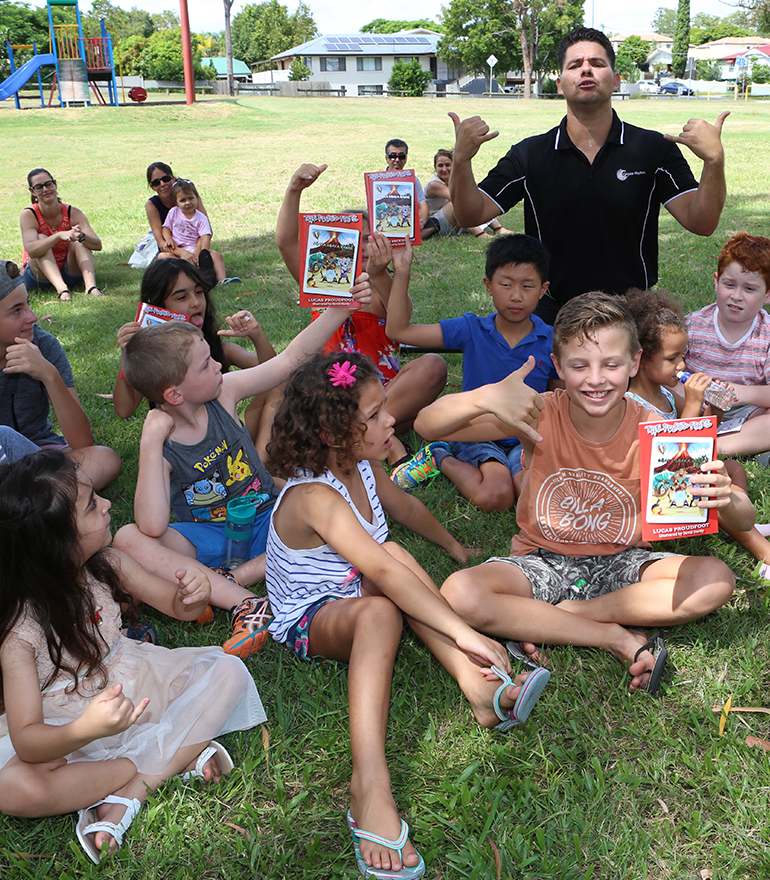 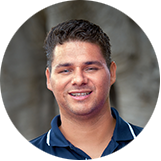 Lucas is a member of the Tweed Coast Aboriginal/Islander community with a background in professional surfing, music and cultural dance. Through Circular Rhythm Lucas has been able to merge his many talents into a one man performance that is highly interactive and informative about Australian indigenous cultures.

Lucas’ skills also extend to the music industry where he performed professionally with the band, “Max Judo” from 2000-10. During this time the band progressed from delivering local shows in pubs and clubs on the Northern NSW coast, to achieving international touring opportunities, including Japan in 2005 and USA tours from 2007 through to 2009. Other international touring destinations for Lucas included Brazil, Mexico, Costa Rica, Spain, France, Portugal, Hawaii and South Africa.

Lucas has been the recipient of the following music industry awards:

In addition to his performing career, Lucas has also been a highly ranked professional longboard surfer. Lucas was sponsored from 2000-04 by OXBOW International, a French apparel company, to compete for 5 years on the World Longboard Tour. His career highlight was reaching 9th place in the world rankings along with winning various “Expression Sessions” at Oxbow World Title events in J-Bay, South Africa and Cabo San Lucas, Mexico. Domestically, Lucas won various titles including a NSW State Title and also a National Indigenous Title. Lucas maintains a close relationship with the surf industry and the many contacts he has made in the sector. 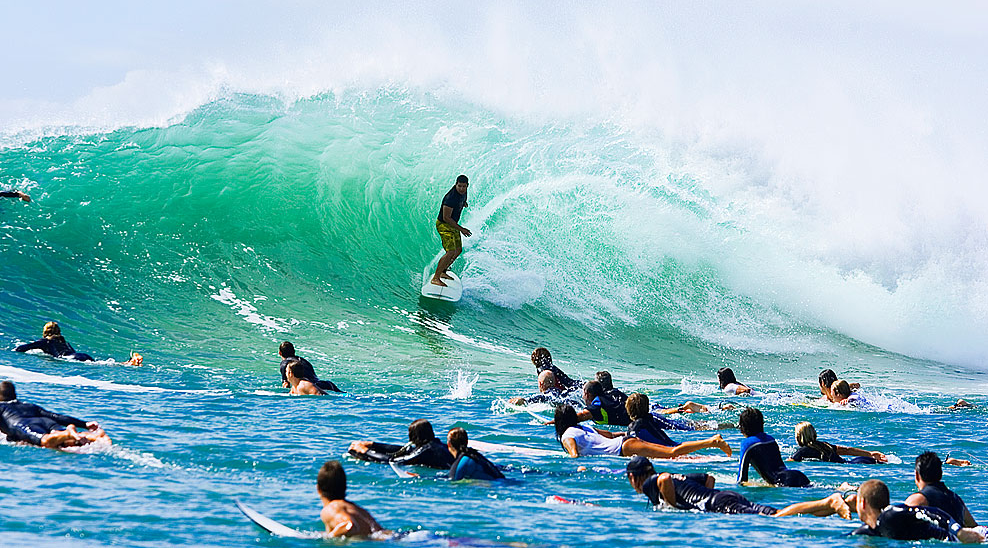 In recent years, Lucas has toured Australia and shared stages alongside other high calibre Children’s performers such as Hi5, Justine Clarke, Jay Laga’aia, Yo Gabba Gabba.

With his show Circular Rhythm, Lucas performs on a regular basis in schools across Australia from Ceduna to Hobart to Perth to Bendigo and Townsville just to name a few.

From 2011-14, Lucas was selected as an Australian Indigenous Education Ambassador for The Australian Government and travelled to Indonesia to perform at The Australian Embassy as part of NAIDOC in this capacity. Other tours have also included an international shows throughout Europe delivering his show to audiences in the Switzerland, Spain, France and The Netherlands.